The Importance of Understanding your PID Instrument Setup

A Case Study with n-hexane and Solvent Recovery Application

Photoionisation detectors (PIDs) are sensors that are used to measure volatile organic compounds (VOCs) in many different applications. Simply, a PID consists of a UV lamp shining onto a cell containing a gas sample which results in the ionisation of the molecules. The resulting current flow is proportional to the gas or vapor concentration. In general terms as long as the ionisation energy (IE) of the compound is lower than the eV of the lamp it can be measured. There are currently over 300 known compounds that PIDs can measure effectively. Due to their small size and wide measurement range (normally 0.1-10,000ppm) they are regularly fitted to portable gas monitors and handheld survey devices. 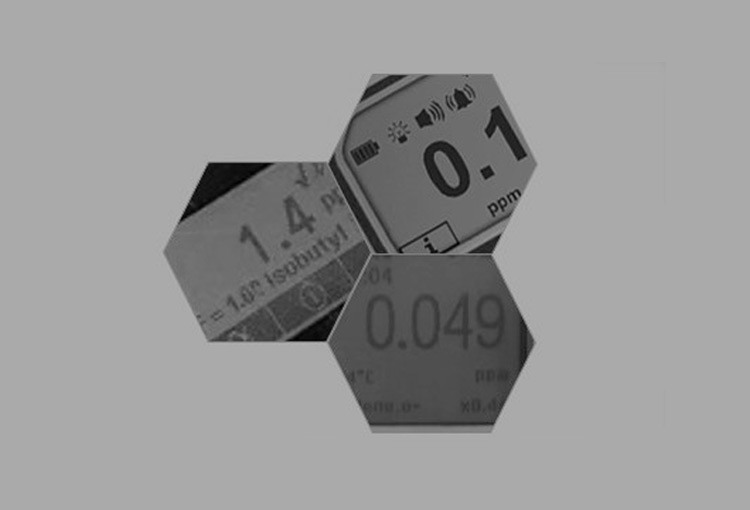 Correction factors are a measure of the sensitivity of the PID to a specific gas. They do not make the PID specific to the chemical, they correct the scale to the chemical. Most volatile organic compounds measurable by PID have a known correction factor (CF) against a surrogate calibration gas, most commonly Isobutylene (IBE). The measurement is simple: the observed reading on the PID instrument which has been calibrated with IBE x CF of the compound of interest = concentration of the compound of interest.

For example: observed reading on PID (calibrated with IBE) = 100ppm. CF of toluene = 0.45; therefore, actual concentration of toluene in the atmosphere is 45 ppm.

Most modern PID instruments have built-in compound libraries which allows the user to call up a CF and have it applied to the reading automatically. In this way, although the unit is calibrated with IBE, it reads directly in units of the desired compounds. Similarly, a user may elect to calibrate the PID with the compound of interest and obtain a direct measurement. For example, calibrating the instrument with a known concentration of benzene and then reading the concentration directly in ppm benzene.

The following is a recently reported example where exposure measurements were underestimated due to an incorrect setup of a portable PID instrument.

The exposure measurements were conducted over 6 months by plant operators to test the effectiveness of a newly installed solvent recovery system for n-hexane used in a process. An independent consultant was called in to verify the measurements taken at the site.

According to SafeWork Australia, n-hexane has a Workplace Exposure Standard of 20 ppm TWA. The company guidelines required that at atmospheric concentrations above this level, operators working in the area were required to wear appropriate respiratory protection. Readings obtained by the plant operators showed values of 15-17ppm using their PID instrument. The consultant observed a reading of 70ppm of n-hexane using their PID. No other interfering compounds existed.

After careful investigation of the setup of both instruments, it was observed that the plant operator’s instrument setup did not automatically apply a correction factor for n-hexane to the PID reading. n-hexane has a CF of approximately 5, therefore the operator’s readings were 5 times lower than the actual atmospheric concentration. During the 6 month testing period, the plant operators were not using required respiratory protection when in fact, they were being exposed to levels over 3 times the exposure limit for n-hexane.

Although PIDs are a very useful tool which can provide meaningful real-time and logged data, this case study highlights the need for users to be vigilant in ensuring that they give careful consideration to the correct instrument setup when measuring specific VOC’s so that they obtain accurate values to assist them with implementing appropriate control measures.